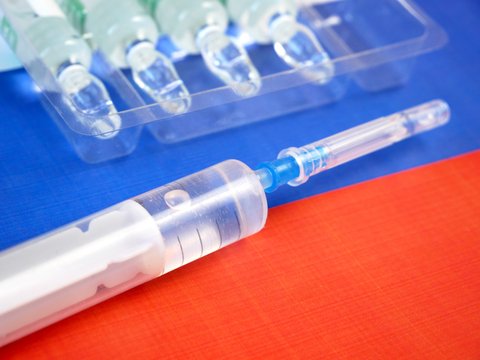 With more people waking up to the risks and dangers of the vaccines which have come under scrutiny since the start of the pandemic, what is the likelihood of successfully rolling out a “safe and effective” COVID-19 vaccine in record time?

Answering questions at a recent Senate Health, Education, Labor & Pensions Committee hearing, in his best Nostradamus impression, Dr. Anthony Fauci said: “We predict that sometime by the end of this year, let’s say November or December, we will know whether or not these are safe and effective.”

Right. Less than one year to design, develop and plan study protocols; to create an adverse event tracking system; to move through three trial phases to win FDA approval; and to push the vaccines into the market. Indeed, that would be a world record for the 150-year history of immunization science. Despite more than ninety manufacturers and academic institutions entering the race, the rush to deliver a vaccine makes the pharma tagline, “safe and effective,” questionable at best.

“According to the protocols for their studies, which they released late last week, a vaccine could meet the companies’ benchmark for success if it lowered the risk of mild Covid-19, but was never shown to reduce moderate or severe forms of the disease, or the risk of hospitalization, admissions to the intensive care unit or death.”

Operation ‘Warp Speed’—a name inspired by Star Trek for hyper-space travel—brought unlimited resources to the pharmaceutical industry. After all, it is a race against a deadly virus. Yet, the multi-trillion-dollar industry acts more like a cartel. For decades, Big Pharma has stifled vaccine innovation, stunted competition, and concentrated power. It controls all U.S. health agencies, hospital systems, and institutions of higher education. It has greased politicians on both sides of the aisle at every government level.

But now the fog surrounding the COVID vaccine race is lifting. By super fast-tracking development, President Trump put every aspect of the vaccine process out in the open for the world to see.

The election-year magnifies the production flaws, unfeasible timelines, and flawed biological assumptions while exposing major adverse events during vaccine trials. This month, the FDA paused AstraZeneca’s phase three trial when a pair of individuals suffered “severe neurological symptoms,” including temporary, polio-like paralysis. Then Moderna, which has never brought an FDA-approved vaccine to the market, ran into problems in its first two trials: scores of people developed side-effects. Moderna was working on a genetic-altering mRNA technology to deliver synthetically-coated lipid nanoparticles inside human cells.

As the human experimentation continues, more problems become exposed and more questions are raised about vaccine safety. After years of silence, professionals – medical doctors, epidemiologists, and immunization scientists – who have rarely spoken out about the negative side of vaccines are doing so now. Notably, they work in Big Medicine.

Why have the industry professionals started to speak out? The public’s eroding trust in the healthcare industry is at stake. They are evaluating the available science and are coming to the conclusion that no vaccine developed in record time, one that could injure thousands of people, would be worth the risk. What if massive side effects occur? A revolt by the people, whose tax money is paying for the gargantuan program, could shrink Big Pharma fast. That is why Fauci implored Americans to “trust” science.

But should the public trust be placed in the conflicted Dr. Fauci, who has a vested interest and part patent holder in COVID vaccines?

The Dual Tracks of ‘Warp Speed’

There are two ‘Warp Speed’ operations that have been running in parallel since the start of the year. The first Warp Speed encompasses the vaccine sprint put in place by President Trump and the Department of Health and Human Services’ (HHS). This program, meant to “vaccinate the world,” is supposed to set people free and return life to normal. Orchestrated outside the United States, the other Warp Speed set the shadow plan in motion years ago.

The socialists who occupy the leadership suites at the United Nations, World Bank, the World Health Organization (WHO), and their signatories and sponsors rolled out a Trojan horse, releasing change agents to sack economies worldwide. They needed a global mutating virus. They needed doubt and uncertainty. They needed mainstream media to push fear and panic 24/7. The globalist’s Warp Speed required governments to sell out their citizenry and state sovereignty, to lockdown societies, impose draconian rules, eliminate entire industries and crash every country’s economy. And this oppression needed to be put into place before they unleash COVID vaccines.

But their War-Gamed scenarios last fall at the Wuhan airport drill and the Gates Foundation Event 201, which simulated 65 million people dying from a coronavirus outbreak, failed to materialize. Soon after they released The Plan, their broken computer models were questioned and were smashed by real data. Inflated case numbers from faulty testing were exposed and the number of hospitalizations and deaths did not match the anticipated (fake) trajectory.

Still, that hasn’t stop the United Kingdom from imposing a second, stricter lockdown for the next six months on its residents or prevent the French government closing down bars and restaurants in Marseille; or stop the European Union buying 300 million doses of Sanofi/Glaxo COVID vaccine before it is market-ready.

With no data to support such draconian measures, why is the civilized world headed for another round of traumatic, unhealthy lockdowns when the first attempt failed to contain the spread of the virus or minimize the number of deaths? It makes little sense on the surface.

But when one probes deeper, one finds the Shadow Plan, a plan that wasn’t designed to extinguish the virus or help citizens recover economically from the outbreak. The globalists’ Warp Speed seeks to erect a new global order.

The same UN, which hosted the Event 201 emergency pandemic session last year, sent out its leadership to announce the ‘First Access to COVID-19 Tools (ACT) Accelerator Facilitation Council Meeting.’  Secretary-General António Guterres began with the obligatory remarks about a “common enemy” and the will to “save lives over the next twelve months…” before he threw a hard curveball. In plain, innocuous language, he blithely warned:

“I know many pin their hopes on a vaccine—but let’s be clear: there is no panacea in a pandemic. A vaccine alone cannot solve this crisis; certainly not in the near term.”

Thank you to BF for sharing this article with us at ZMV!