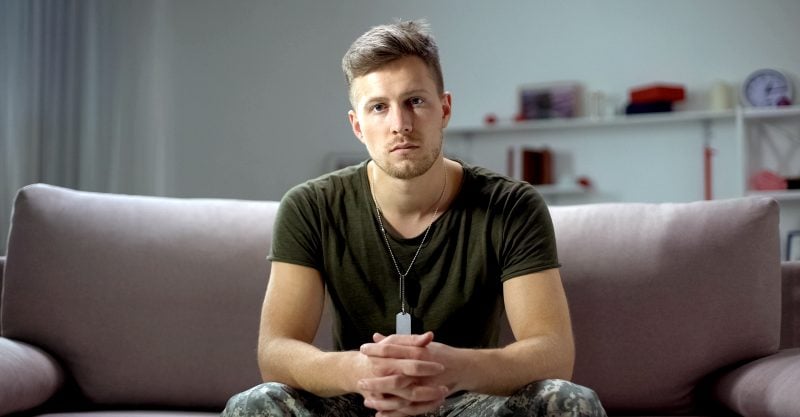 “In Part 1 of this series, we explored data related to the apparent risks associated with the suicide rate of military personnel with the realization that it’s not only trauma from combat that contributes to risk, but also the pharmaceutical load on soldiers and specific problematic medications. What is the total load on America’s soldiers? U.S. military members are routinely taking up to 19 prescription medications to enhance performance and reduce stress.The collateral damage is that 20 veterans die by suicide every day in the US, when including current active duty, reserve members, and the National Guard. View the full research report with citations, charts and more detailed information.Part 2 will further examine potential causal pharmaceutical-related factors for military suicides and highlight the non-pharma alternatives proving to mitigate risks.

In 2010, the U.S. Army announced its hypothesis on the epidemic of suicides as due to the frenetic pace of Army life:

At first glance, there seemed to be a simple explanation for the increase in suicides: Soldiers were returning from a prolonged, violent war traumatized by their experiences, and some of them took their own lives. While logical, this explanation turned out to be oversimplified. When the Army’s Health Promotion, Risk Reduction and Suicide Prevention Task Force studied cases of suicide, it found that most soldiers who had taken their own lives had deployed only once to Iraq, or not at all, and that deployment-related mental-health troubles didn’t necessarily correlate with suicides. Instead, the committee found that the pace of Army life, particularly during wartime, produced a hectic stream of trainings, deployments, job changes and relocations that placed soldiers under more stress than their civilian peers but that soldiers most often took their lives for the same reasons that civilians did: failed relationships; careers imperiled by legal trouble or injury; mounting debts; or unmanageable depression, anxiety or substance abuse.

While Army pace of life may be a contributing factor to suicides in active duty members, it cannot explain the unacceptably high rate of suicides among veterans. It is also neglectful to mention substance abuse as a factor in military suicides without analysis of the number of prescription medications that veterans consume on a daily basis for long term effect. Military personnel are routinely prescribed numerous medications with Black Box warnings for suicidal thoughts, mania, psychosis, violent behavior, delusions, hallucinations, and psychotic behaviors. Many of these drugs are addictive and prescribed without a plan to wean off dependency. Instead, the needed therapeutic dose will increase over time, along with side effects and risks.

New soldiers anecdotally report being prescribed medications for the expected stress of Basic Training, which will begin the cascading prescriptions for deployment induced trauma and pain from injuries, and will accumulate with additional prescriptions as veterans, for deteriorating physical health associated with unresolved PTSD symptoms (more in Part 1).

The Problem with Antidepressants & Sleep Meds

Some anti-depressants, commonly prescribed to military, as reviewed in Part 1, have not proven better than placebos in veterans with PTSD (see full report for citations):

Venlafaxine and other anti-depressants can increase the risk of suicide in adolescents. This has dire implications for young military members:

…use of the serotonin–norepinephrine reuptake inhibitor, venlafaxine, with benzodiazepines in SSRI resistant depression in adolescents (n = 334) was associated with a higher rate of suicide and suicide attempts (Brent et al., 2009).

In 2004, the FDA published two public health advisories warning the public that SSRI medications doubled the risk of suicide for both children and young adults ages

18-24, and yet the 2006 Pentagon medication guidelines for depressive disorders allowed widespread prescriptions of SSRI medications that may be contributing to the highest rate of suicide among veterans age 18-34 at 44.5 per 100,000:

Because of concerns about reported cases of suicide in association with the newer antidepressants, the FDA required a re-evaluation of all prior double blind placebo controlled clinical trials conducted on children and youth conducted during the FDA approval process [33]. The selective serotonin reuptake inhibitor (SSRI) antidepressants were re-evaluated including fluoxetine (Prozac), fluvoxamine (Luvox), paroxetine (Paxil), sertraline (Zoloft), citalopram (Celexa) and escitalopram (Lexapro). In reports issued by the FDA (e.g. [26]) four other potentially stimulating antidepressants were found to produce similar adverse behavioral and mental effects and were included in the group: venlafaxine (Effexor), mirtazapine (Remeron), bupropion (Wellbutrin or Zyban) and nefazodone (Serzone). The meta-analysis found that the risk of suicidal ideation and behaviors was doubled for children and youth taking the antidepressants compared to placebo (4% versus 2%) (Citations in full report).”